On January 4, 2023, the Dallas Court of Appeals in Texas affirmed a summary judgment in a trade secrets physician staffing case that stands as a warning to practitioners regarding (1) what constitutes sufficient damages evidence to survive summary judgment, and (2) whether something can be considered on appeal that has been sealed or subject to a confidentiality agreement.…

END_OF_DOCUMENT_TOKEN_TO_BE_REPLACED In the fifth installment of our 2022 Trade Secrets Webinar Series, Seyfarth attorneys Jesse Coleman, Matt Simmons, and Kevin Green discussed legal developments and trends in Texas trade secret and non-compete law and how it is similar to and diverse from other jurisdictions. In the fifth installment of our 2022 Trade Secrets Webinar Series, our team will cover recent legal developments and trends in Texas trade secret and non-compete law and how it…
END_OF_DOCUMENT_TOKEN_TO_BE_REPLACED 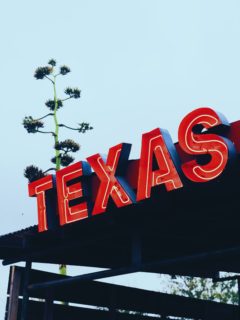 On June 17, 2022, the Texas Supreme Court affirmed a lower appellate court’s decision, (which we previously wrote about here), which nixed the plaintiff’s $740 million trade secret win at trial and required the plaintiff to either accept a $201 million breach of contract win (which the defendant decried as  “jackpot justice”) or go back to trial on all claims. A federal court in Texas recently provided useful insights on what constitutes “solicitation” by a former employee under that employee’s restrictive covenant with his former employer, and the court provided further insights on what inferences courts will, and will not, draw in favor of a plaintiff seeking a preliminary injunction based on alleged misappropriation of trade secrets.[1]

The defendant worked for the plaintiff, Sunbelt, for over twenty years, primarily as a salesperson covering institutional customers.[2] As part of his employment, the defendant signed an employment agreement that, among other things, prohibited him from “solicit[ing]” Sunbelt’s customers or competing with Sunbelt within a certain geographic area.[3] He later left to join one of Sunbelt’s competitors. Sunbelt filed suit and sought a preliminary injunction, asserting that the employed had, among other things, solicited Sunbelt’s former customers, worked for Sunbelt’s competitor within the area prohibited by the non-competition agreement, and misappropriated Sunbelt’s trade secrets.[4] …
END_OF_DOCUMENT_TOKEN_TO_BE_REPLACED After a four day bench trial on August 10, 2021, a Houston federal judge ruled that the conceptual designs an oil and gas manufacturing company disclosed to its erstwhile collaborator under an NDA were not eligible for trade secret protection because they were neither secret nor misappropriated due predominantly to disclosure in a prior public patent. The ruling underscores the necessity that trade secrets are—in fact—kept actually secret. Moreover, any prior patent of the party seeking to protect its trade secrets should be scrutinized for similarity with the technology or information allegedly comprising a trade secret.
END_OF_DOCUMENT_TOKEN_TO_BE_REPLACED

In the fourth installment of our 2021 Trade Secrets Webinar Series, Seyfarth attorneys Jesse Coleman, Matt Simmons, and Kevin Green outlined recent legal developments in Texas trade secret and non-compete law and how it is similar to and diverse from other jurisdictions. The webinar also covered how these latest developments impact counseling, litigation, and deals involving companies with employees based…
END_OF_DOCUMENT_TOKEN_TO_BE_REPLACED

With unemployment levels reaching a new high during the global pandemic, courts across the country have become increasingly reluctant to enforce non-compete agreements in employment contracts. As an example, a recent district court case, Robert Garcia v. USA Industries, Inc., demonstrates what may be a shift in Texas’ formerly lenient approach to non-competes. There, the court granted the plaintiff’s request for a temporary restraining order against the non-compete clause in his severance agreement, finding not only that there was inadequate consideration to enforce the non-compete provision, but that the provision itself was unreasonable. While this is only one case, in light of this shift in the interpretation of non-compete agreements as reflected in this decision, companies should ensure that their non-competes are reasonable as to scope and time, supported by adequate consideration, and narrowly tailored to protect the company’s legitimate business interests so as to increase the chances of the agreement being upheld. This will only become more important as more and more states pass restrictive covenants legislation limiting what is permissible.
END_OF_DOCUMENT_TOKEN_TO_BE_REPLACED

In this fourth installment of our 2021 Trade Secrets Webinar Series, our team will cover recent legal developments in Texas trade secret and non-compete law and how it is similar…
END_OF_DOCUMENT_TOKEN_TO_BE_REPLACED