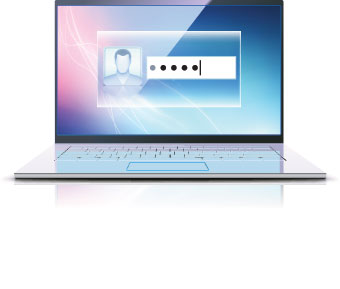 Burroughs Payment Services manufactures document scanning equipment for banks and others. Embedded in the equipment are copyrighted computer programs, accessible only by entering a password, which provide the user with software to diagnose problems with the equipment. While servicing the equipment of a Burroughs customer, Symco Group allegedly accessed and used Burroughs’ software without that company’s authorization.

Burroughs promptly sued Symco in the federal court in Atlanta, alleging copyright infringement and trade secret misappropriation. More than 18 months later, following various rulings by the Atlanta court, Burroughs dismissed its complaint there without prejudice and re-filed early this year in the Northern District of California. A few weeks ago, Magistrate Judge Spero in the California court denied most of Symco’s Rule 12(b)(6) motion to dismiss. Burroughs Payment Sys., Inc. v. Symco Group, Inc., 2012 WL 1670163 (N.D. Calif., May 14, 2012).

Copyright infringement. Symco asserted that its affirmative defense based on 17 U.S.C. § 117(a)(1) (the owner of a copy of a computer program may make or authorize the making of another copy if doing so is “an essential step in the utilization of the computer program in conjunction with a machine,” provided that the copy “is used in no other manner”) is not rebutted in Burroughs’ complaint and is dispositive because Symco’s conduct constituted a category of copying that is “lawful per se.” Clearly, Burroughs’ customers purchased or leased equipment, but Burroughs alleged that they were neither owners nor licensees of the software at issue here and, therefore, they could not lawfully authorize Symco to make or use a copy of the software.   The court held that the question of whether Symco’s §117(a)(1) defense defeats Burroughs’ copyright infringement claim required development of a factual record.

Symco also raised an affirmative defense based on 17 U.S.C. § 117(c) (under specified circumstances, the owner or lessee of a machine that contains an authorized copy of a computer program may make a copy for the purpose of maintenance or repair of the machine). The court said that without a factual record it could not determine whether Symco’s conduct was permitted by §117(c). For these reasons, Symco’s motion to dismiss Burroughs’ copyright infringement claim was denied.

Trade secret misappropriation. Symco insisted that, in the case of computer software, under the applicable statute (the California Uniform Trade Secret Act) only the source code can be a trade secret, that Burroughs did not aver that Symco misappropriated the source code, and that the images appearing on a screen when Burroughs’ software programs are run do not constitute trade secrets. Symco argued that Silvaco Data Systems v. Intel Corp., 184 Cal.App.4th 210(2010) compelled dismissal of the claim. The court disagreed and stated that Silvaco does not support a contrary result. In that case, the court held on summary judgment that where the alleged trade secret was the source code, merely executing and running the programs did not constitute misappropriation because there was no “use” within the meaning of the CUTSA.

The court further reasoned that:

The reasoning in Silvaco does not apply here, however, because the alleged trade secrets are the materials and screen images that are allegedly accessed by Symco without authorization rather than the source code. Thus, in contrast to simply executing source code, which the court in Silvaco likened to eating a pie made with a secret recipe, Symco is alleged to have used secret information it improperly obtained to service the equipment of Burroughs customers, which might be analogized to actually reading the secret recipe in order to bake the pie. Therefore, the Court concludes that Silvaco does not support dismissal of Burroughs’ trade secret misappropriation claim at this stage of the case.

Burroughs also responded that the images relevant here are not publicly available because of the required and protected password. Thus, Symco could not access the images by proper means, and they are the subject of reasonable efforts by Burroughs to maintain secrecy. The court concluded that “the alleged trade secrets are the materials and screen images that are allegedly accessed by Symco without authorization.” Therefore, sufficient facts were alleged to preclude dismissal of the complaint.

DMCA. The only part of Symco’s Rule 12(b)(6) motion that was granted pertained to a count in Burroughs complaint based on the Digital Millennium Copyright Act, 17 U.S.C. § 512 (a service provider is not liable for infringement of material transmitted by an automatic technical process, at the request of another person, without selection or copying of the material by the service provider). A similar count had been included in Burroughs’ complaint in Atlanta, but the court there dismissed that count with prejudice. Symco argued ”res judicata.” Burroughs countered that there never was a final adjudication on the merits in Atlanta. The court concluded that both issue and claim preclusion barred Burroughs from proceeding with its DMCA claim except for misconduct, if any, occurring after that claim was dismissed in Atlanta.

This case teaches that the unauthorized use of copyrighted and password-protected computer applications can constitute copyright infringement and trade secret misappropriation. However, the particular facts and circumstances here will determine whether Symco’s affirmative defenses ultimately defeat Burroughs’ copyright infringement claims, and whether Symco benefitted from accessing Burroughs’ alleged trade secrets without authorization.